Scientific Links Between Handwriting Your Notes and Memory

The pen is mightier than the keyboard

So say researchers Pam Mueller of Princeton University and Daniel Oppenheimer of UCLA, who recently published a paper with that title in Psychological Science.

The three experiments they did led them to conclude that using laptops for notetaking might actually impair learning. Why? Because it often leads people to process information more shallowly.

In a nutshell, if you type your notes, you probably tend to record lectures verbatim. If you put pen to paper, you have to be more selective in recapping key components.

Paper notetakers’ brains are working to digest, summarize, and capture the heart of the information. This, in turn, promotes understanding and retention.

Mueller and Oppenheimer found that participants who took notes on laptops performed worse on conceptual questions than those who took traditional paper notes.

“Laptop notetakers’ tendency to transcribe lectures verbatim rather than processing information and reframing it in their own words is detrimental to learning,” they wrote.

When you really need to grasp new material, consider dusting off your trusty pen and paper.

When you try to recall the information later, your brain will thank you for making its job easier.

Some notetakers argue that they’re more productive when they type because they can capture more material faster.

But without reviewing and studying those notes after an event, all of that extra transcribing doesn’t do much good.

So the computer wins…at first.

But then their research, published in the Journal of Educational Psychology, uncovered something interesting: that advantage disappears in about 24 hours.

By that point, people who typed their notes actually performed worse on tests about the material.

The researchers concluded that the typing notetakers had worse recall because they weren’t actively summarizing and synthesizing key points.

“Taking organized notes presumably involves deeper and more thorough processing of the lecture information, whereas transcribing requires only a shallow encoding of the information,” they explained.

Next time to you need to recall information from a lecture or meeting for more than 24 hours, consider handwriting your notes. The material will stick with you longer.

3. Writing your way to a healthy brain

Some people prefer taking notes electronically because their handwriting has turned into illegible scrawl.

If that sounds like you, don’t put away the pen and paper just yet!

There are brain health and developmental reasons to keep writing on paper.

Research from psychology professor Karin James of Indiana University evaluated children who hadn’t yet learned to read or write.

Published in Trends in Neuroscience and Education, her study engaged children by asking them to reproduce a single letter by typing it, drawing it on plain paper, or tracing it over a dotted outline.

Then the researchers put the children in a functional MRI brain scanner and had them study the image again.

While reviewing the image, scans showed that kids who drew the letters activated three distinct areas of their brains.

Brains of children who traced or typed the letter didn’t experience the same effect.

The study demonstrates the learning benefits of physically writing letters, James notes, especially the gains that come from engaging the brain’s motor pathways.

But that doesn’t mean the perks of handwriting only apply to kids.

The more you use those neural pathways, the better it is for your overall brain health. The phrases “lifelong learning” and “use it or lose it” are never more true than with your brain. Both activities ward off debilitating disease like Alzheimer’s and keep your cognitive abilities strong.

In other words, when you want to check out Facebook during a boring talk at a conference, go for it! That’s a great reason to have your computer open.

But when you’re trying to capture and retain complex material — or simply stay extra-sharp — put the laptop away…and take out a pen. 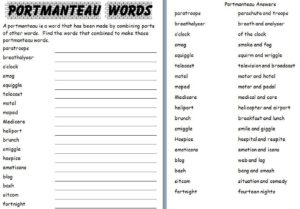 Guy Montag is a fireman. In his world, where television rules and literature is on the brink of extinction, firemen start fires rather than put them out. His job is to destroy the most illegal of commodities, the printed book, along with the houses in which they are hidden.

Montag never questions the destruction and ruin his actions produce, returning each day to his bland life and wife, Mildred, who spends all day with her television “family.” But then he meets an eccentric young neighbor, Clarisse, who introduces him to a past where people didn’t live in fear and to a present where one sees the world through the ideas in books instead of the mindless chatter of television.

When Mildred attempts suicide and Clarisse suddenly disappears, Montag begins to question everything he has ever known. He starts hiding books in his home, and when his pilfering is discovered, the fireman has to run for his life.

The 34 oddest names for groups of animals

A conspiracy of lemurs 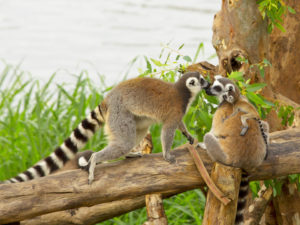 How did the Fourth of July become a national holiday?

One party, the Democratic-Republicans, admired Jefferson and the Declaration. But the other party, the Federalists, thought the Declaration was too French and too anti-British, which went against their current policies.

By 1817, John Adams complained in a letter that America seemed uninterested in its past. But that would soon change.

After the War of 1812, the Federalist party began to come apart and the new parties of the 1820s and 1830s all considered themselves inheritors of Jefferson and the Democratic-Republicans. Printed copies of the Declaration began to circulate again, all with the date July 4, 1776, listed at the top. The deaths of Thomas Jefferson and John Adams on July 4, 1826, may even have helped to promote the idea of July 4 as an important date to be celebrated.

The WHY for exercise, guided meditation and visualization

Exercise actually has a neurological benefit (as well as a physiological one). The endorphins released in our brains during exercise make us happier, and the feeling of accomplishment we get from regular activity can help curb anxiety.

Guided meditation can also help, since the entire point is to calm the mind and dismiss the errant thoughts that lead to anxiety and stress. Meditation can help you focus on your surroundings or be mindful of the present, instead of letting the background seep into the foreground.

Imagine that you’re in the most relaxing environment that you can possibly think of, whether it’s at home in bed or on the beach in the tropics. Wherever you think you would be most relaxed, stop and really put yourself there. If you’re at the beach,  ask yourself how warm it is, and whether there are clouds in the sky. Are you alone? Is it quiet, or can you hear the ocean? The goal here isn’t just to paint a pretty, relaxing picture in your head, but also to get your brain working on those details—the more you do, the farther away your mind will be from whatever’s triggered your anxiety.

Which impulses take up more space and why?

The actions we take can literally expand or contract different regions of the brain, firing up circuits or tamping them down. The more you ask your brain to do, the more cortical space it sets up to handle the new tasks. It responds by forging stronger connections in circuits that underlie the desired behavior or thought and weakening the connections in others. Thus, what you do and what you think, see, or feel is mirrored in the size of your respective brain regions and the connections your brain forms to accommodate your needs.

Five Types of Dog; Which One Are You?

In Chinese element theory, each zodiac sign is associated with one of the five elements: Gold (Metal), Wood, Water, Fire, and Earth. For example, a Wood Dog comes once in a 60-year cycle.

It is theorized that a person’s characteristics are decided by their birth year’s zodiac animal sign and element. So there are five types of Dogs, each with different characteristics:

Your Score—-and what it means?

Rate your responses on a scale of 1 (completely disagree) to 7 (strongly agree) and add your score. According to Caglar Yildirim, an assistant professor of human computer interaction who created the scale for use in his research at State University of New York at Oswego, a score of 20 or below means you’re not an addict; a score of 21 to 60 means you’re mildly nomophobic; and a score of 61 to 99 means you probably can’t go long without checking your phone.

“It might be a good idea to be conscious of that,” Yildirim said, “but we are only concerned if it starts to interfere with your daily life.”

Did you score between 100 and 200? You’re probably struggling with severe anxiety when you can’t access your cell phone, he said.

“This might negatively affect your social life and relationships with friends and family,” Yildirim said. “There are studies that show those who score high on the test tend to avoid face-to-face interactions, have high levels of social anxiety and maybe even depression.

“It is incumbent upon researchers to identify the all-important ‘tipping point,’ where cell-phone use crosses the line from a helpful tool to one that enslaves both users and society alike.”

But where is that line? For full “addicted status,” Dr. Greenfield believes smartphone use has to impact major life areas such as: work, academics, home life, and relationships. Below are 10 signs that may indicate a teen is addicted to their smartphone: